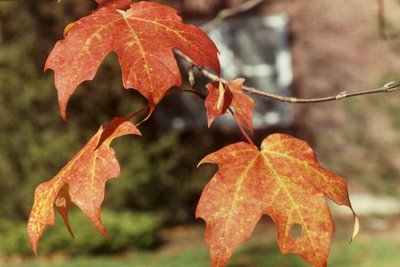 Like a second layer of skin is her faith
right out there, the outer edge of her
exuding from her pores, from her being
Proclaiming the good news, living the Word
sharing her faith, her joy, not letting the world,
life’s little problems steal her joy
Being the faith she believes, sharing her gifts
her spirit, His grace, answering His call
open and honest, ready to do His work
Be His hands, now

She wasn’t reading the words on the page
not to herself at least, she was preaching from the Book
she was in the spirit, rising up to the top,
preaching to the mountaintops,
Proclaiming, with passion, with energy
with excitement, the words of the Revelation
the coming of the end times, let them come,
Let us be ready for that moment,
Let the rider come, let him find us all,
awake, with arms and hearts wide open
Eager for the call, for the invitation to the banquet;
for the coming of the rider, his fiery eyes, his horse,
his robe, dipped in blood, his sword at the ready
to bring low the mighty, to balance the scales,
to battle the armies that will rise to fight
vanquish them all, as is written
before the final story, the ending of the age
Raising her voice, with the reading of the words
the knowing of the victory, the faith in the good news
the revelation of our saving,
and welcome by the bridegroom
all clothed in fine linen, bright and pure

All it takes is faith, real faith
and there is no darkness, no fear
in the coming judgment, the winnowing fork
the fiery furnace, the final gleaning
no threat, no challenge,
Just joy, at the coming, the revelation
the revealing of the glory of the Lord
the new age dawning before us
the wait over for all his people, the ones
called by name, by the trumpet blasts
Hearing our Master’s voice, seeing
the face of our brother, our savior
walking with him into the new Jerusalem
finding our home, in the kingdom
Walking the streets of gold,
finding the saints what walked before us
Let it come!

The Return of the King
And his reapers
Gathering in one
Eagerly waiting his return
No more sin, no more struggles
A rider on the white horse
Herald of the new age
Bring on the coming
The return of the Savior
Not to atone, not to suffer.
To gather in his sheep

The Return of the King
And his reapers
Gathering in ones
Eagerly waiting his return
No more sin, no more struggles
A rider on the white horse
Herald of the new age
Bring on the coming
The return of the Savior
Not to atone, not to suffer.
To gather in his sheep

The Return of the King
And his reapers
Gathering in the ones
Eagerly waiting his return
No more sin, no more struggles
A rider on the white horse
Herald of the new age
Bring on the coming
The return of the Savior
Not to atone, not to suffer.
To gather in his sheep

The Return of the King
And his reapers
Gathering in the one
Eagerly waiting his return
No more sin, no more struggles
A rider on the white horse
Herald of the new age
Bring on the coming
The return of the Savior
Not to atone, not to suffer.
To gather in his sheep

A special moment,
shared under the fluorescent lights
of the Wal-mart, by the jewelry counter
a moment of spontaneity, doing it right
asking the clerk to back away
after the selection made
not caring who saw

On my knee at ten minutes
before midnight,
asking again, this time
with a diamond ring
to share my life
and be my wife

A question, an important question
Framed and pregnant in my mind
had to wait a little longer for its asking

I went downstairs, to the bathroom,
with an idea, a thought, a scheme, a plan
A fuzzy orange pony tail holder,
like a fabric woolly bear caterpillar
That would do, the perfect choice

Running back up to you, with excitement
laughter in my smile, to ask you
to ask you the question, the one we had discussed
from the moment of our courtship, the one
we knew would come sooner than for some

My question two years ago today
Our covenant sealed, after your answer
with a fuzzy orange band

The Book of Ruth

A soliloquy on the meaning, the placement
the position of the Book of Ruth,
a monologue on the transition, the turning
from the Judges to the Kings,
with a pause on the genealogy, the sacred
the holy connection of the dynasty,
in a story of covenant, of strangers, outcasts
the lowly widows, foreigner and mother-in-law
bound by a sacrificial covenant, a joining of lines
and lives that would create a line to the King
to David, her progeny, and from him to the Christ
the final King of the Jews; but not before her story
her faith, her loyalty, her bond, her covenant
with Naomi, with her people, the path
she would take, they would walk, she would follow
to the land of her people, the land not her own

Driving in the fall ‘morn, light filtering
into the clearing wood; I spied a wall
awakening from its slumber,
no longer shrouded
along its course by brush and branch,
cleared away by ax and saw, felled and hauled
to make someone’s home warmer, this winter

The work of a farmer, a team probably, so long ago
when the land was more field than forest,
before we moved to the cities
and the land went fallow,
returned to the wood it once was
and stone walls were hidden and forgotten
parsed and bisected land
became a forest once more

Now it is visible, a wall without reason
a relic in season, exposed and stark
until snow hides its course

The Silence before the Applause

There was a silence, before the applause
this morning in church, after the fourteen voices,
the lone trumpet, and pianoforte
finished the prayerful hymn,
“Rise Up, O Saints of God”, this holy day,
this All Saints Day, a day to remember those
those that had gone before, that held up
that did the work of the gospel, spreading his
Good news to earlier disciples, whose work is done
who have gone to their reward,
How beautiful was the silence, the hum of the strings
of the piano, the echo of their voices
off the vaulted ceiling,
high above us in the wooden pews
A reverent silence, befitting the hymn,
feeling the words in our chests,
the memory in our hearts
of the saints of our faith

It was the white breast of the raptor,
stoic in the aged tree
sitting motionless,
drinking in the light of the sun
the warmth of its rays,
high up in the canopy of the lone elm,
bare of leaves this morning
next to the interstate, ready for the
heat to create thermals to soar on
All of us turned to look, as I curved
off the exit ramp, the cloverleaf
Keeping our eyes on the regal bird
perched in the tree