Closer to the Fire

A summer, long ago
a different sleepover,
out under the stars, in
the Berkshire woods
when summer camp
meant the YMCA
We arrived late,
what a surprise,
my age group
already at the campsite,
long past dusk
find a spot to roll the sleeping bag
on the ground, look for roots,
for rocks underneath
see the sparks of the campfire
yards off, spiraling upward
toward the white pines above
creating strange orange silhouettes
in the June air
Nearer to the overflowing trash can
than the fire pit, a few of us stragglers
A sudden rustling nearby, freeze
for the family of skunks
were out for a snack
lay still in the sleeping bags
boys, for we dread a mistake
made more real
this far from the fire

I can hear them now,
squabbling a bit, not settling
wrapped in Pocahontas
downstairs on the pull-out couch
Gramma and the two girls
sheets, comforter, pillow cases too
Indian princess covering ours
a sleepover in the living room
fitfully quieting for the night
past her bedtime, approaching theirs
on the weekend,
pushing for more time
before slumber wins out

Focused on My Family

A night out, cut short
needing to go back home
to put them to bed, to give her rest
time to mend and heal,
no regrets of the change
the redirection home
where we needed to be
resting when we needed to
no regrets at all

It was the dark chocolate
and the thirty-year old scotch
that was the one, so smooth
silk sliding down my throat
in the darkened pub in the capital city
the banter of the Scottish barker
the Serbian imp, the Yankee
kindred spirits all, soaking up
the fill of it, tasting whiskey
while the band played, the crowd
rising to the level of the song
clinking glasses, tall tales
in the smoky bar
one night near three years ago

Being the advocate
striving to do good
while being loyal, working
within the part I play
for the plaintiff, the respondent,
petitioner, defender,
parent, the child
the best interest
the will of the client
the role of the court
the dance of litigation
the season of storm
clinging to the mast in the gale
wishing for a clear path
in complex lives

A Waterfall of Words

Sometimes, I wonder of the source
the wellspring of the words
the lines on the pages
that flow ever more
like rivers to the sea
filling the pool of the web
with the musings, the phrasing
the utterances of my mind
fertile fields of language
ripe orchards of songs
rich forests of whispers
murmurs in the dark
proclamation in the light
joys and sorrows
finding voice
in the story of my life
written in prose poems


the cadence of the words

the cadence of the words
maybe without rhyme or meter
but a movement, an urging
to go on to read further

a movement, a motion
in the words coming together
singing a song, a whisper
a hope, a prayer, a lyric,
that was already written

Posted by Poetry Where You Live at 8:54:00 PM No comments: Links to this post 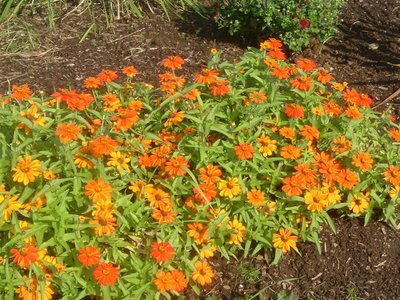 Hope in the Words

There is Hope in the words
of my poems, your words
shared with me, my fingers on the keyboard
flowing from them onto the screen, the page
Faith in my walk in the world
in the knowledge of you, your presence
Your abundant Grace
Love in my heart because of the ways
You touch my life
giving me a family, a household of faith
to share my days
Together faith, hope and love
They are a force to mend the world.