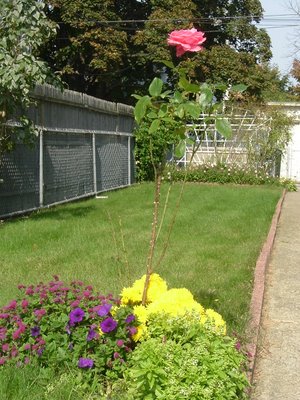 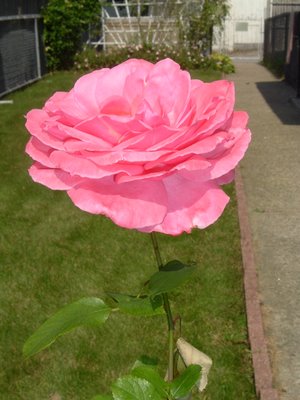 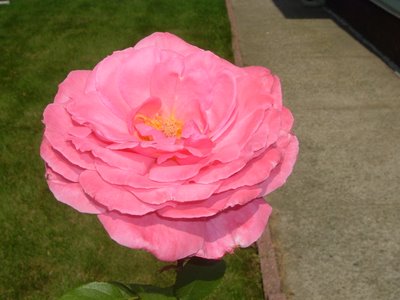 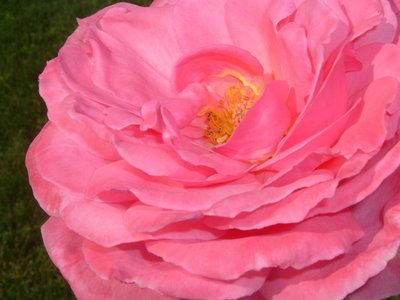 A Cheshire cat
with chiclet teeth
rectangular rows
smiling grin
all teeth, just as she
is, each night
after brushing
See (rhymes with cheese)
Shyanne’s drawing of a cat 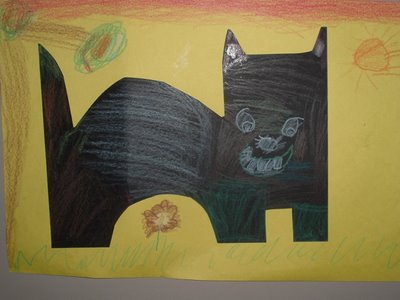 Becoming part of the Earth

Returning from whence it grew
the scaled cap of last year’s acorn
becoming part of the dirt, the soil
the earth at the base of the mighty oak
becoming silted by the ground
slowly being subsumed, captured
by the land where it fell
returning to dust
as we all must 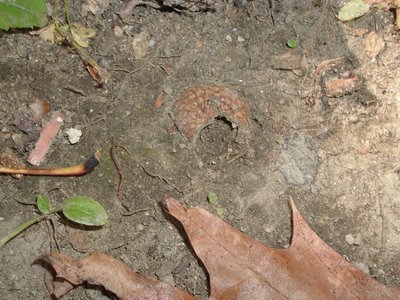 Finding a way, to get it all done
to balance the interests, to get the access
the hearing needed, to assuage concerns
to meet basic needs, to provide
the conduit, the means, to
reunite, to train, to prepare
for lives without intervention
without need for the grease
to empower, to instruct
to enable independence
without fear of sliding back
to know they are safe,
cared for, loved
as they deserve

Being as Little Children

Wonder, amazement, at the littlest thing
marvels in all of creation, faith, attachment
in the sound of familiar voices,
Voices of mother, of father, drawing the
head, their eyes, tilting to the common timbre
the nurturing of their parents

Another parent, more loving, eternal
calls us too, to know us, and us them
to turn our beings, our gaze
our lives toward them, to
loving guidance, ageless lessons
distinguishing good from evil,
paths to follow, to avoid
lessons for life, best heard,
when we are open, humble
as little children

Not by Our Works

We are saved,
not by works, not by our deeds
By his love, his sacrifice
by his taking
our yoke, mankind’s burden
on himself, while he was yet pure
earning the lash, the crown,
the cross, for us
who couldn’t bear the cost
shoulder the shame
rise up again
on our own

The First Shall Be Last

They lined up on the far side
the edge of the parking area,
tires in the oak leaves
I had brushed off their track
They were ready to burst from the gates
eager thoroughbreds, champing at the bit
ready to race the four spaces, across the blacktop
to victory, to glory
But they didn’t stay true to form, they surprised me
Because the winner came in last, how can that be.
They remembered the lesson, of our Lord,
Shyanne won because she was last,
The first shall be last and the last shall be first
Not just one time; but three times the three
repeated the race, again and again the same result,
the same retort, understanding that winning isn’t
about being first. They all fought the good fight;
they all had fun together. In the end,
they all won. 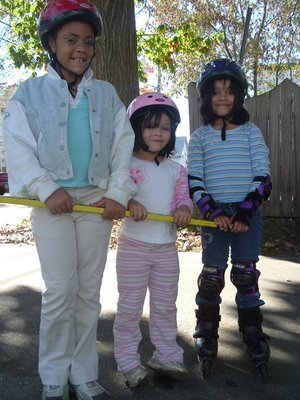 Divine retribution, for false piety
setting oneself as separate, as knowing God
then choosing
to do evil,
a person, a people,
a party, claiming to protect,
enabling to prey
on innocents; talking a good tale,
living a lie.
Judge not lest ye be judged
in full measure
Oh pillars of salt, oh men of clay
heed the word

October 8, 2006 15:00, edited 17:13
"For they sow the wind, and they shall reap the whirlwind."
Hosea 8:7
This passage made me think of the Mark Foley scandal, and the other members of Congress who enabled him to hypocritically write legislation to protect children while preying on them because of his powere and their protection of his dirty secret. How far the mighty will fall.

Reaping the Whirlwind, the story of man
from the fall of Adam, the revolt in Cain and Abel,
the bickering in the wilderness, the unfaithfulness of the people
of their leaders, even the wise Solomon, of the schism of the nation
the worship of the fruits of their own labor, of false idols, of
foreign, false gods, the breaches of the covenant, the grousing
of the faithful, the turning away from God, from their God
from our God, throughout history, the failing of human will,
of ages of enlightenment, of human hubris of our own divine
guidance when it was only the voices we wanted to hear
how easily we are fooled, by our own words, by our own
certainty that we are the chosen ones, the ones whom God
speaks through, that we are the anointed ones, the
ones in the right, the right to criticize, to judge
all others, that we are holy enough, to stand in judgment
while living in glass houses one and all, all guilt like the rest
from the dawn of time, to the present age.
So we must all be vigilant, hold our tongues
be charitable, loving, or we too, in our time
will reap the whirlwind too

They were reaping the breach, the wrong they did their God
The breach the worship, the communion with other Gods, with Baal
in the land they were given, the land Abraham was promised,
where Moses had lead, where those kings, those leaders
anointed by God, were nurtured, a people separate from the land
from the gods of the conquered, the local gods,
They were the people, the chosen people of God
But, they grew forgetful, unfaithful, even the wise Solomon
they prospered through alliances, false prosperity
of human making, forgetting the covenant, the bond
they had in knowing God, how horrible the whirlwind they
reaped, in Israel, in Judah, for following local gods,
Gods of the Assyrians, allegiance to grain and wine
when they knew the God of all, creator of the world
How awesome the price they paid

A Bug on the Wall 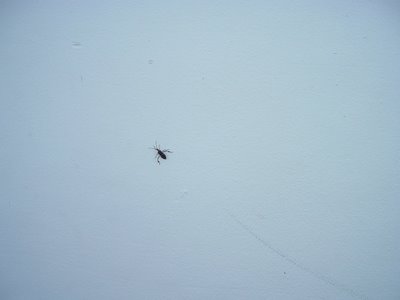 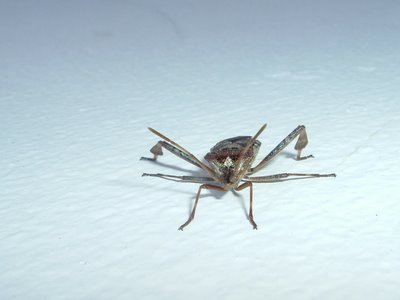 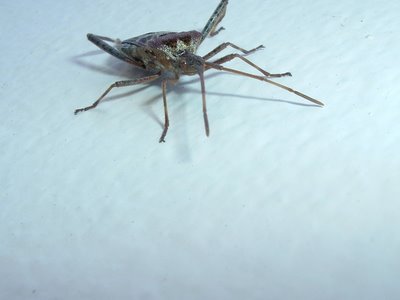 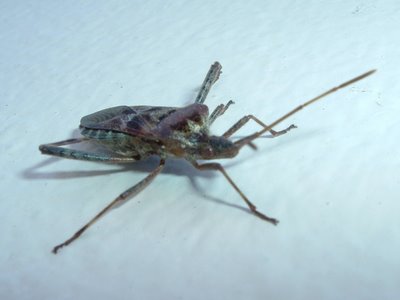 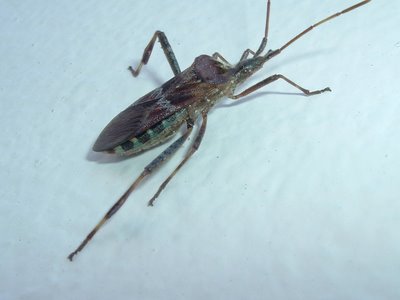 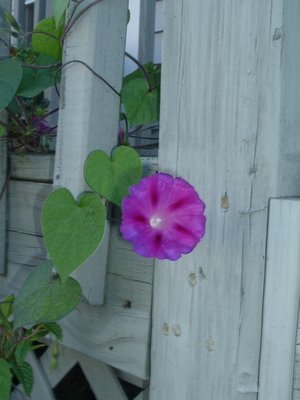 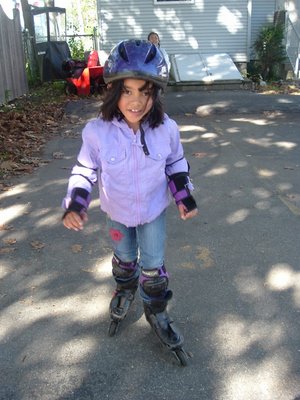