In testimony before a House Judiciary subcommittee yesterday, John Yoo, a former top Justice Department official and author of key memos authorizing torture, refused to say that it would be illegal for the President to order a suspect buried alive. This view - of an unbounded executive branch that is allowed to do anything in the name of national security - is not simply a crackpot idea held by one former legal advisor, but is the basis for many of the abuses that have been perpetrated on detainees since 9/11.

In answer to a question by Judiciary Committee Chairman John Conyers, Yoo refused to say whether there were any interrogation tactics that would always be illegal to use. The following exchange then occurred:

John Yoo: "Uh, Mr. Chairman, I don't think that I've ever given the advice that the President could bury someone alive."

Conyers: "I didn't ask you if you ever gave him advice. I asked you, do you think the President could order a suspect buried alive."

Conyers: "I think we understand the games that are being played."

Yoo's testimony makes our recently released Declaration of Principles against torture all the more compelling. Please join us today in endorsing the Declaration and encouraging your friends, family, and members of your congregations to do so as well.

Thank you for your effort. 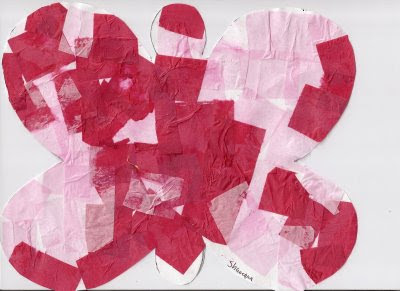 Posted by Poetry Where You Live at 8:24:00 AM No comments: Links to this post

A Tree on the Hill 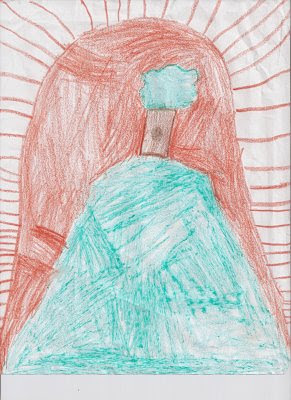 Posted by Poetry Where You Live at 7:30:00 AM No comments: Links to this post

TORTURE IS A MORAL ISSUE

NRCAT, in alliance with Evangelicals for Human Rights and the Center for Victims of Torture, launched an effort today that calls upon the President to issue an executive order banning torture based on six core principles embodied in a Declaration of Principles. We are calling this effort the "Campaign to Ban Torture." Prominent faith leaders from Catholic, Protestant, Evangelical, Jewish, Muslim, and Sikh communities, as well top officials from every Administration since the 1970s, have joined together to endorse the Declaration of Principles.

We also ask that you:

With the combined efforts of people of faith and military and national security leaders, we hope to develop a national consensus that the President should issue an executive order banning torture.

Thank you for taking action to help end U.S.-sponsored torture.

Linda Gustitus, President, NRCAT Board of Directors
Rev. Richard Killmer, Executive Director
Posted by Poetry Where You Live at 7:38:00 PM No comments: Links to this post

An Unseen Hand, an Unheard Whisper

Pushed forward, that’s how she put it,
our lives for God’s special purpose
pushed forward by an unseen hand,
an unheard whisper, a silent voice
calling us, from deep within us
His guiding hand coaxing us
pushing us from the flies, the wings
onto the stage, into the center ring
the place He had planned for each of us
only for us, all along
Working in us, through us
worthy vessels,
pouring out His love

A prayer from Uganda

Lately we have been working on reviving a little ministry, called the
Nutri-Ministry where we we take food supplies to babies home and
orphanges and spend time with the kids share with them in different
aspects.

It is something we used to do fortnightly but kind of backed off, due
to rising food prices and other essentials.

Please pray with us as we re embark on this little project and also
get support for a little van that will be used in shopping and
distribution of food stuff.

http://the-son-shines-brighter.blogspot.com/
--
Posted by Poetry Where You Live at 9:54:00 AM No comments: Links to this post

We Continue His Life

We continue his life,
as we walk in his ways
follow the path he has walked
all of his days
We give honor to the father
by mirroring the son
and spreading his message of love
to everyone

Through his blood,
his precious blood, spilled
a sacrifice, atoning,
paying for our sin,
the sins of the whole world
given, shed on the wooden altar
nailed and crowned,
his side pierced by the spear
his blood shed
for you and for me
We are washed clean
through his blodd

Walk as He Walked

Live in him;
walk as he walked
believe and be healed
spread his message, his love
Live as he lived;
follow the master’s call
do the father’s will
share his holy love

A tremor, a quiver, a vibration
a transfer of energy, of power
an act of faith, of healing
He sensed her touch,
touching only his clothes;
but he felt it none the less
even in the bustling throng,
the jostling crowd
A touch, a prayer, healing
He paused, to find her,
to give her words of comfort
to acknowledge her faith
A living priest, making her clean
making her whole

Healing for both,
different but still the same
her hands touching his cloak
His hands on her still young body
Healing by physical contact
by faith in Him,
something special, divine
about Him alone
Needing to touch, for his touch
Healing tactile, real
through their touch

Posted by Poetry Where You Live at 9:21:00 AM No comments: Links to this post

Out of the crowd, in the busy market
she came, unclean, outcast
not to trouble the master,
merely to touch his cloak
that would be enough
no laying on of hands, no healing service
But he felt her touch
and he gave her more
physical healing, yes;
but spiritual reconciliation
belonging, for her faith

She was healed,
by her touch, merely
touching his clothes
her faith transformed that touch
to healing
without contact with him,
no healing hands on her
just the hem of his robe
enough for her
transformed, brought back to life
clean once more; healed

The Ripeness of Now

Some feeling, hard to explain
a sudden ripeness, in God’s time
ready for a harvest, growth visible
a presence of God, palpable
real, wonderful
The seeds which were planted,
the good rich soil, the living water,
the love, the care,
bringing a harvest for God

It is a more ephemeral,
a more undefined quixotic thought
not the chronological age,
of so many days, of years
Ripeness, being ready
prepared for God’s harvest
Something we cannot know
we who toil in the garden,
the field, the vineyard
We plant the seed,
water and tend the garden
God alone brings the growth
and picks the appointed hour
for the harvest

Her loving hands
her faithful words
planting seeds, leaving stones
on the journey of ministry
tending, watering the garden
leaving the seedlings
to other gardeners
each tending the plants
for the harvest to come.

We plant, we water
watch for growth,
for change, in human time,
by the calendar, the closk
the change of seasons,
the cycles of measured life

The harvest, of the garden we tend
in God’s time alone
Kairos not Chronos time alone

We are to be faithful,
toiling in our time
ready for harvest
at God’s appointed hour

#1Corinthians3 #Christ #creator #Faith #garden #God #harvest #love #sun #water #Spirit #grace,
Posted by Poetry Where You Live at 8:36:00 AM No comments: Links to this post

Living water, a river of faith
living in the hearts, one on one
a generation on generation
a mighty nation, a holy priesthood
seeds, each growing,
each one a minister, spreading seeds,
watering plants, tending the garden
throughout human time,
for a harvest of the righteous
in God’s time

#1Corinthians3 #Christ #creator #Faith #garden #God #harvest #love #PastorRuthFoss #sun #soil #water,
Posted by Poetry Where You Live at 8:36:00 AM No comments: Links to this post

Seeds of grace, shared, planted
planted within us, put in our hands
give the seeds we are given
share God’s grace, his love
to the ends of the world
to the whole garden

Water them, with love
with the prophets, the law
the lessons of the son
the fulfilled promises of the father
a living faith
to save the world

A wondrous presence,
the growing of the garden
in His time, growth
visible, discernible
able to be seen
The work of those who toil
who have toiled in the garden
reap harvests of glory, of joy
in His time,
a reflection on
all the gardeners

Water they need,
to live to grow
the seeds, planted in the garden
Add the water, each in their turn
different water each will give
other foods to nourish,
to feed the fields
Different gifts given
to the congregation
growing to discipleship
adding water
each in their turn
tending for the gardener

Among the seeds, planted in the garden
watered with the flowers, vegetables
unwanted weeds,
rocks of differing sizes, shapes
unplanted, unplanned
growing, a bumper crop
in our garden too
work for the gardener
culling the crop,
looking at the weeds,
the rocks differently
maybe they too are worthy

Each of us seeds, seeds within us
seeds we plant, throughout the garden
each provides the water, different gifts
all needed, to nourish the seeds
what one plants, another waters
many water, weed, care for the garden
God provides the growth
when God will, reaping a harvest
by hands who do not plant

God’s love, the sun of the garden
there is the source
the growth, provided by God

We plant, we water
we prune and weed
nourishing, nurturing
the living garden
growing, in God’s time
through his love
the garden grows
bearing fruit unknown
for God’s harvest

Three nails sit, quietly
on the top of the cabinet
next to the stack, bible,
devotionals, reading to do,
by the prayer shawl, the prayer
the prayer He taught us

Three spikes, into our savior’s body
reminders of our sin, our shame
the price he pays for our breach,
our evil, while we live

Three nails sit there still,
quietly speaking the truth
that day on Calgary
my sin those nails,
my shame that cross
my brother carrying my burden

Three nails to remember
how he loves us so