They are all so different,
so different, age, history,
fate’s pull on their lives
their place in the world
they are so similar, in their fight
their desire, their needs
stitching their lives together
their families together,
holding them tight
while others, others with agendas,
seek to pull, to tug, to tear
them apart
struggling to hold on, to believe
to see the good in the process
to feel the good of the system
the steps they must take, are forced
to follow, the path chosen for them
and their children, to be whole
safe, to be truly safe
ready for lives rich, rich beyond their present
their presents, each a story, a story of ache
of sadness, of need
a need to grow in spirit, to believe
in futures, futures brighter
brighter for them all

A vine, deep rich dark green
rising up from the earth
living color against the sooted
coated rust of the bricks,
three story building, caught in shadows
of larger ones
a single string, strand of color
living green
rising up the drainpipe, old
oxidized metal
tints of aqua, or aged copper alloy
stark in contrast, to the vine
growing skyward, out of the dark
living tissue against the grayness
the unnatural state
of the parking lot, the shadows
in the center of the city
living plant, growing
hopeful

A friend informed me of the google bombing that makes a search for "failure" link to President Bush. Go to Google and see for yourself. 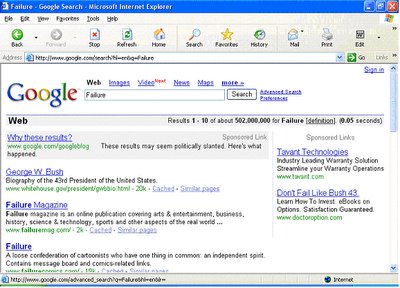 I was harnessed and tethered
tied to the earth, not truly free
but I soared, for a few moments
minutes of flight, steering
winds in the current
the thermals, like the
broad-winged raptors
of this place, eagle and owl,
birds of prey
Airborne in a cocoon,
chrysalid body,
unable to grasp, clutch
prey or perch,
but I was flying

Poised and perched
regal raptors
on display in the open air
fallen fliers,
bandaged and mended
saved to teach us
to show us, their beauty,
their grace, elegance in flight
sleek, shy, cloistered predators
unable to soar
still able to amaze

A single impression
pressed hard, deep
into the mud, a deer track
surviving the rains,
rains that washed,
stripped away,
other tracks,
the direction of the deer
unknown, with a single print

A Field of Ferns

Above the bluff, the scar,
the clear-cut of the power lines,
a forest of pine opens
to the north
Surrounded by conifers,
a field of ferns, rising on sturdy
erect stalks, broad leaves
to drink the shafts of light
falling briefly, through the canopy
the tall mast pines, straight and true
red-brown needles, a carpet between
the ferns, the regal trees, an evenness
of surface, short pile rug
green ferns, red-brown needles,
green-brown trunks, bright green needles
above, reaching to blue sky

Crouched in the blackberry bramble

Surrounded by prickers, thorns
tugging on my coat, my jeans
lowering myself to the dark small fruit
gathering in, berry by sweet tart wet berry
scratches growing, a burgundy stain
on eager fingertips
A family of five, with pails and bowls,
short on patience, gatherers as of old
of a simpler, primal age,
finding food in the wild, untamed,
uncultivated, natural state
crouched in the blackberry bramble
collecting tiny gems, tasty pearls
swatting at mosquitoes that stalked us
watching for the safety, the whereabouts
of younger, fitful pickers, eager for fruit,
not the quest, the search, under leaves,
under branches, the clusters hidden
shrouded from the view, sight of less tenacious
Gather them in, them all in, for the pie
the reward we seek, at the end of the work
the true fruits of our labors.

Crouched in the blackberry bramble
http://raymondafoss.blogspot.com/2006/08/crouched-in-blackberry-bramble_31.html

A shadowlike pair
fraternal twins
on the western bank
of the Sugar River
one white, one seemingly gray
in the flat light
the edge of night
fog rising
as the bare heat of the day
reaches dewpoint
standing motionless
as we drive homeward
early evening before darkness
real darkness envelopes the land;
but too late for the supremacy,
the sway of Sol
His power a fleeting memory
They were casting lines,
together but alone in their thoughts
separated as they were
spaced to focus on the game
the simple testing
fishing at dusk. 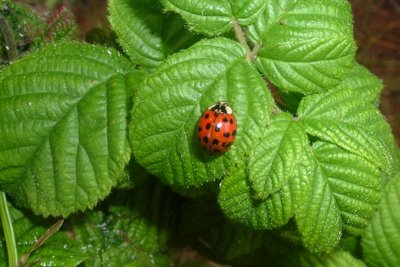 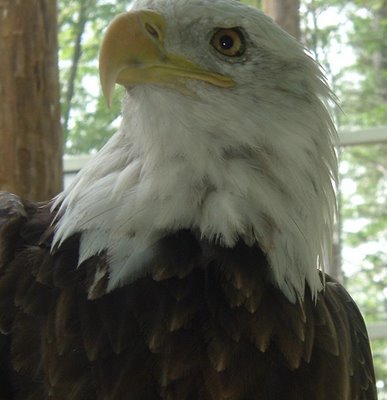 Flying at the VINS Nature Center 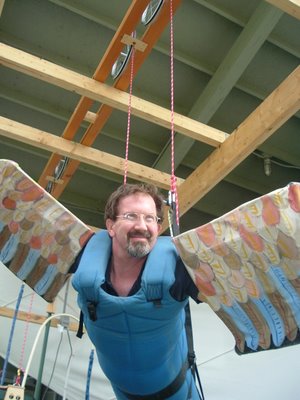 A Field of Ferns 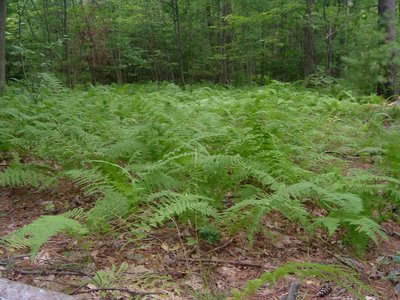 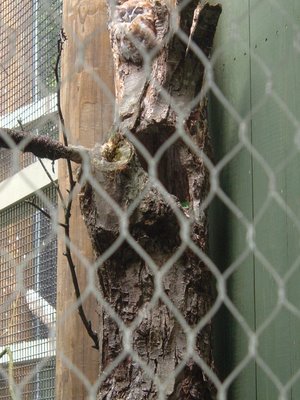 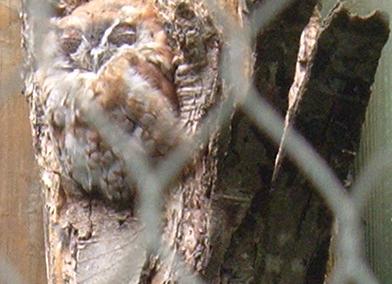 Crouched in the blackberry bramble 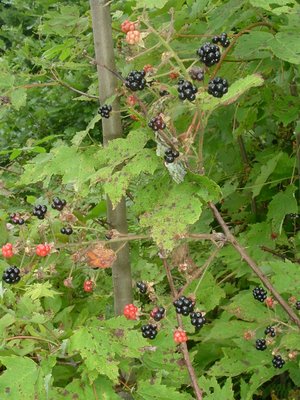 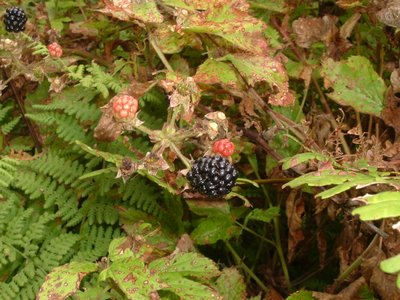 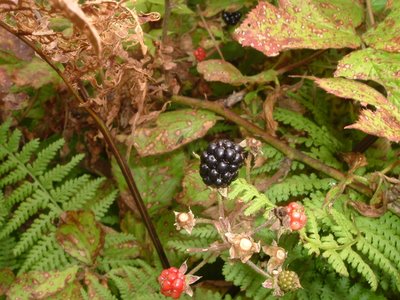